Get fresh music recommendations delivered to your inbox every Friday.
We've updated our Terms of Use. You can review the changes here.

from Couldn't Stay by The Reverb Junkie 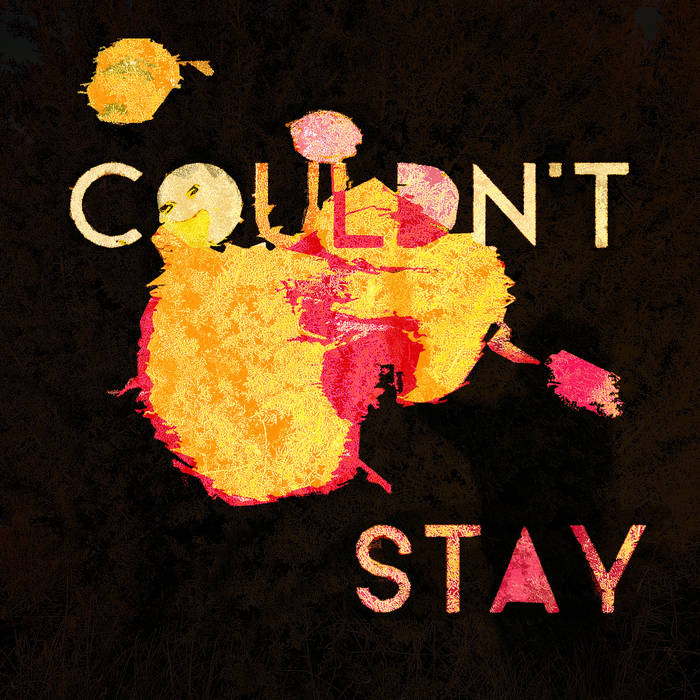 Suzanne Another gorgeous track from a gorgeous human being. I only ever want them to be longer. Favorite track: Enough Love.

Jeannie Well first let me say, to answer the question, I'm definitely dancing to the song! The sounds are amazing!! But I also love the humanity feel to it. Love Is honest above everything else. Got to get through to get to it. ❤🎶❤

J.D. a mellow groove to calm the agitated mind. TRJ's distinct chopped vocals blur the line between synthetic and organic as they communicate a mantra from a vulnerable place.

A while ago, after a long day of physically demanding work at a job that paid barely enough to get by, I was waiting for the bus home. I usually biked 11 miles to and from work, but it was extra late, about to rain, and there was a dangerous bridge I didn’t feel like crossing. I had been waiting for a half hour when someone appeared next to me with a bike.

Another half hour went by and the bus showed up. I let some people go before me - one of them was the other biker. When it was my turn to board, the two bike spots on the front rack were taken, which I didn’t think mattered since the bus was pretty empty and my bike could fit in the aisle. Unfortunately, the bus driver informed me “No bikes on the bus. Next bus in an hour.” I asked him what I could do to get on the bus with my bike, no dice. I told him I would hold my bike very safely, but he didn’t budge.

I was livid. I felt I was being put in danger for some stupid rule the driver couldn't even explain. I gave him a scathing look, got on my bike, and pedaled as hard as I could away from him. I was so mad, I actually pedaled faster than the bus.

When the bus eventually passed me, I flicked the driver off and felt rage run through me. Then immediately, I felt sick. The thoughts in my mind were bitter and toxic. Even though I was pretty sure the driver didn't see me flick him off, I still felt ill.

Then I remembered a practice (I think it's called officially a Loving Kindness meditation) where you can send love from yourself to other beings. So, with each hard stomp on the pedal, I decided to think, "love. love. Love. LOVE." Which soon turned to shouting "LOVE! LOVE! LOVE! LOVE!" all the way up the rainy street. I was still angry, but after another mile, something in me gently began to let go.

I saw lights flashing far away in the distance. They weren't moving further. I kept getting closer and then I understood: the bus driver had pulled over and was waiting for me, it was about 1 mile before the dangerous bridge.

That was the first time it really clicked for me that love is indeed more powerful than anger or force. Only love makes things grow and bloom. And it's only through love, not fear-mongering or threats, that we can create lasting change in miraculous ways that would otherwise be impossible.

So long story short, I wrote this track when I was feeling lost, angry, confused, and in need of a great comfort. Given what I learned that day on the bike, I filled this piece with the word "love", no matter what the feeling was behind it. So here it is, a mantra in music form. I hope it makes you dance.

Bandcamp Daily  your guide to the world of Bandcamp